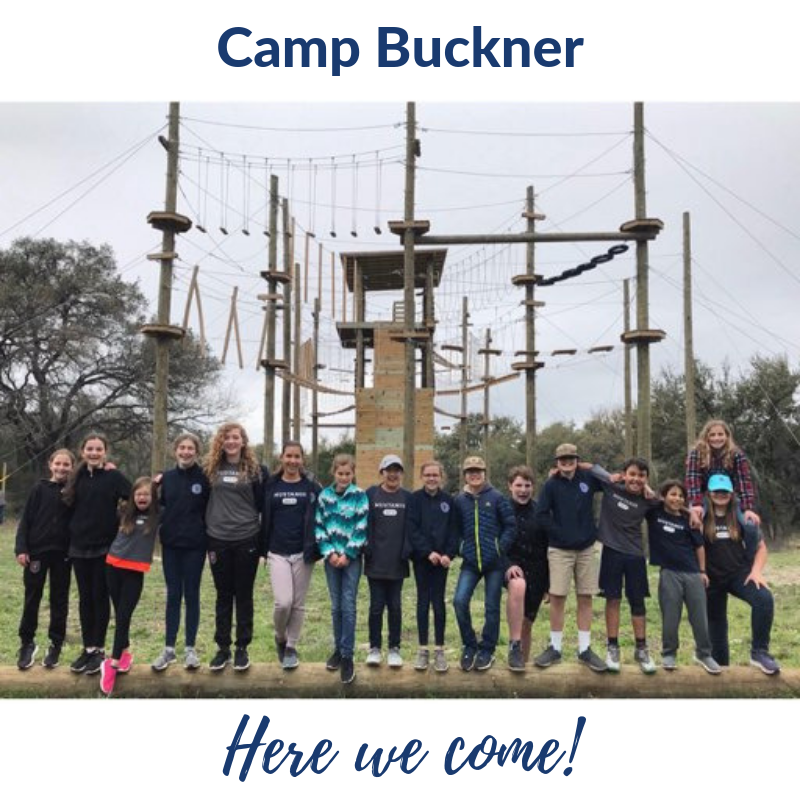 On Friday, March 1st, the students in the school of Logic, 12 parents, and a handful of Logic Teachers spent the day out in the Hill Country at Camp Buckner. As you may know, our current School of Logic is small in numbers but large in heart.  The eight students who make up our 6th and 7th grade invited our current 5th-grade class to join us for the day since they already spend Thursdays together on campus and since next year they will be officially Logic students.

Spending time in the great outdoors as well as building relationships in this larger group was the focus of our time together.  When we arrived, two of the camp staff led the students to a large pavilion for some Team Building activities. Each activity was progressively more challenging and required the 16 students to work as a group to solve a series of logic puzzles.

After this, the group ventured across the camp to a high ropes course called The Goliath.  And for good reason. Towering at 45 feet, the Goliath offered a series of mid-air balancing paths composed of ropes, tires, and logs.  The students were harnessed and wired and free to explore for over an hour!

After lunch, there was an hour of downtime where students jumped between various activities, from kickball, to archery, to human foosball.  Before we knew it, we were back on the road for ACS, exhausted but looking forward to next year!