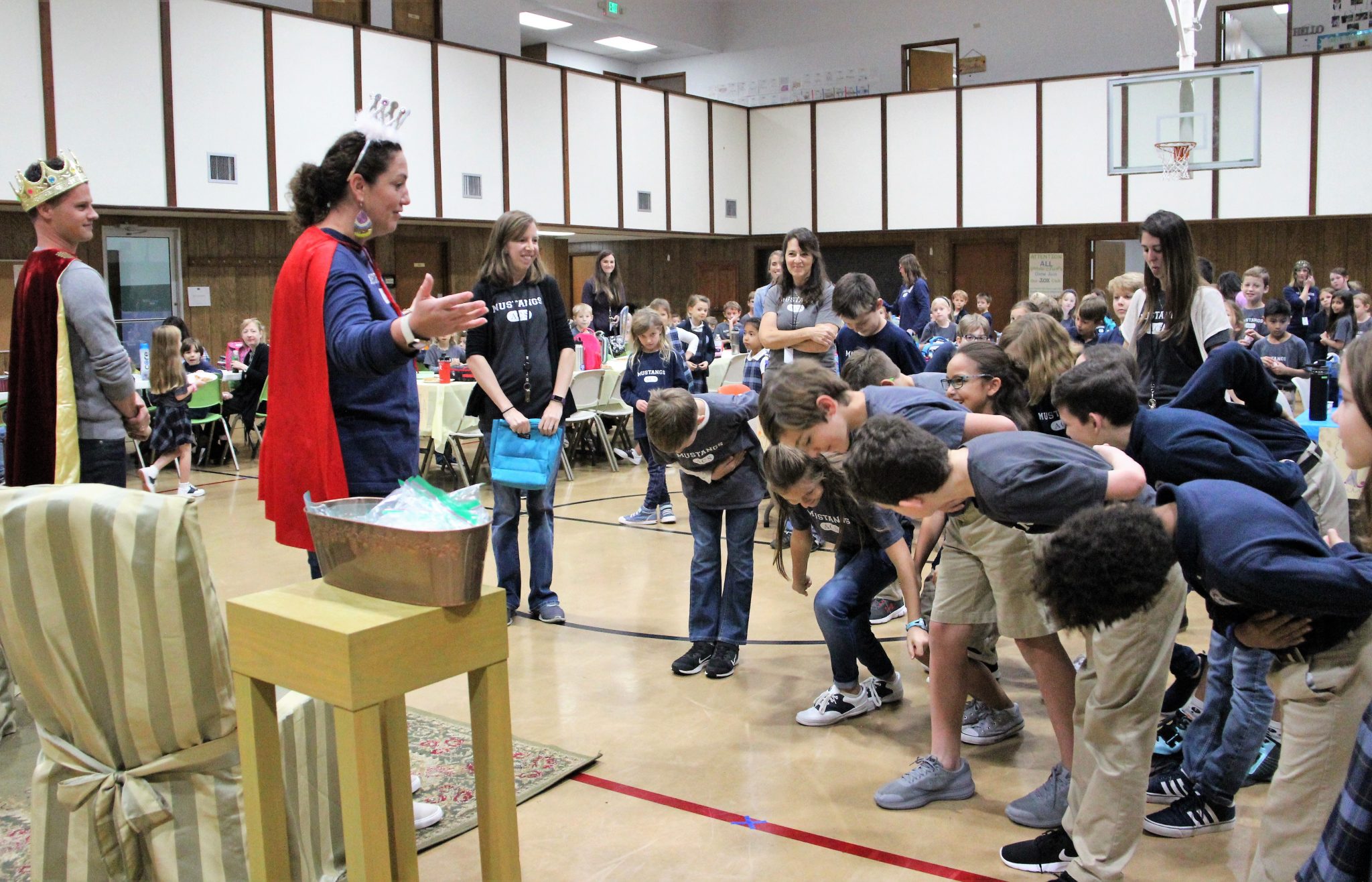 From time to time, we like to have just a little more fun than normal. Today was one of those days. In addition to our monthly “Wacky Wednesday”, during which we have dads come on campus to serve pizza, our teachers wanted to incorporate a little bit of history into the mix. So why not have a Feudal Feast? 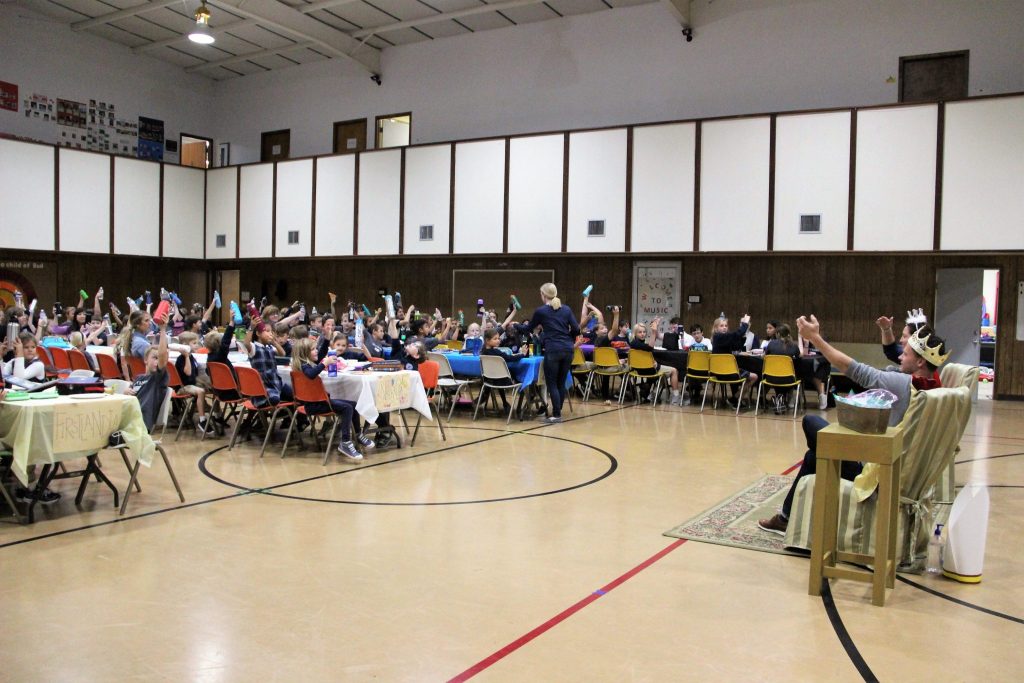 This year, we’re studying the Medieval times, so the students (peasants) spent the first part of the first part of the day gathering (candy) corn to pay to their knights (teachers). Then they filed into lunch and sat at their appointed lands (tables), and were presented by their nobles to the Kinng and Queen, at which point they paid their taxes so that they could eat their pizza.

Before any of the peasants could eat their food, the Pope (Pastor Ben Overby) blessed the food. Once everyone had their fill of pizza, the nobles battled each other in a few rounds of tug-of-war. The Queen’s noblemen prevailed: Long Live the Queen!! 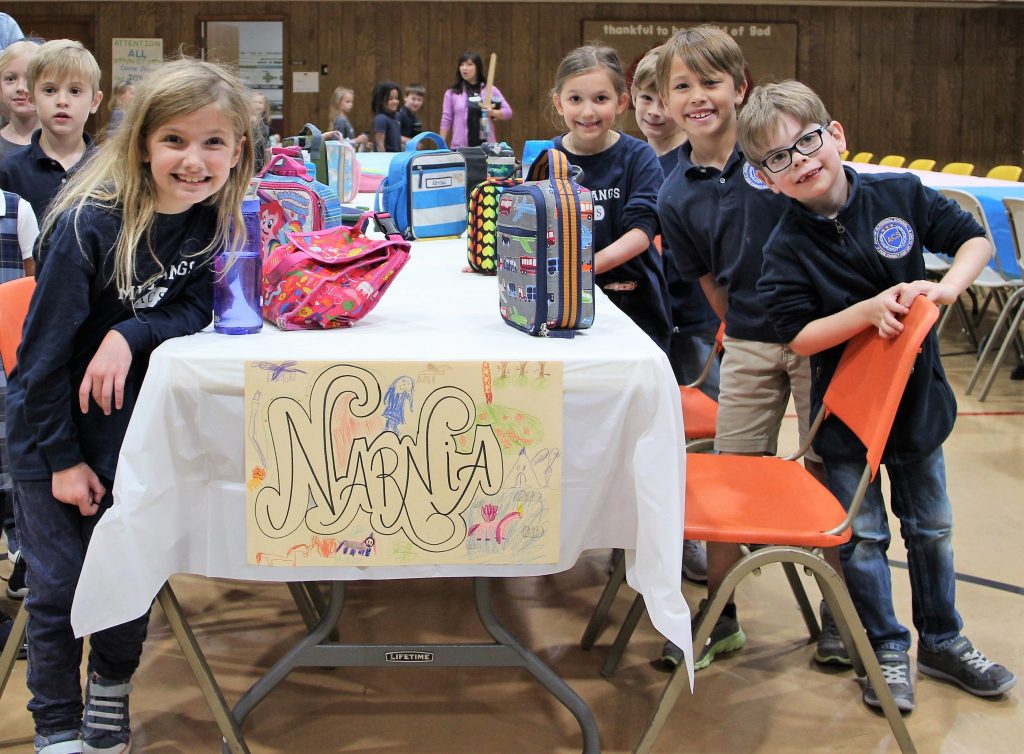 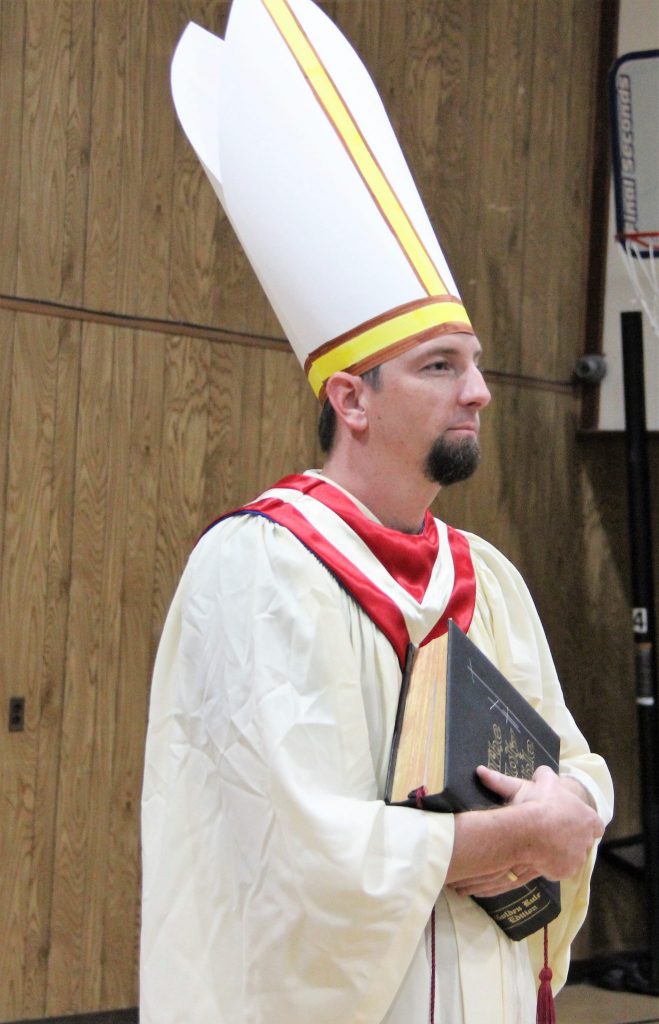 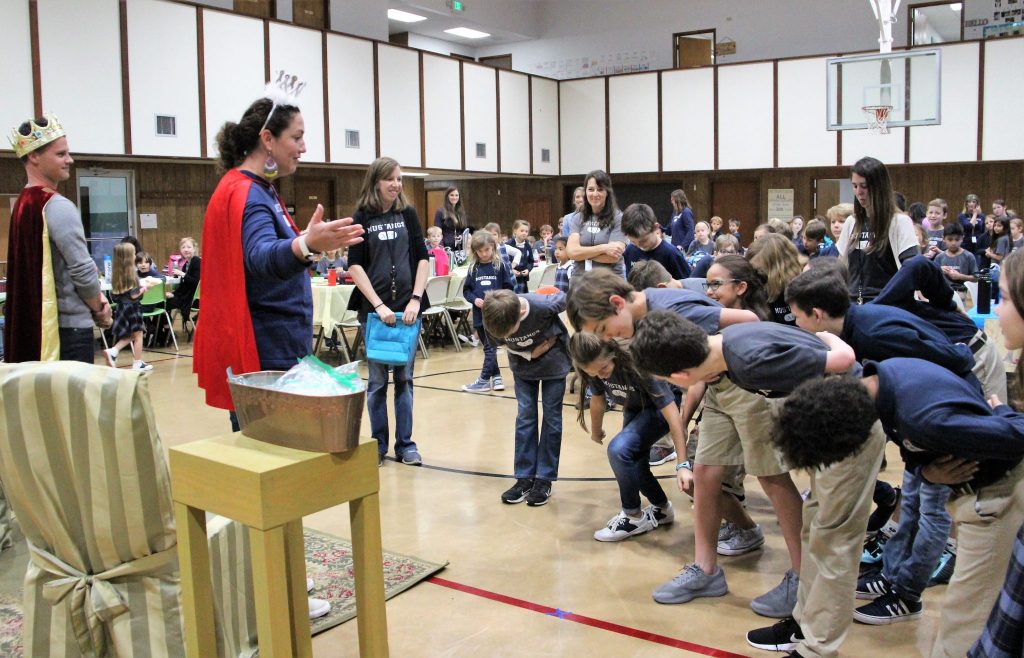 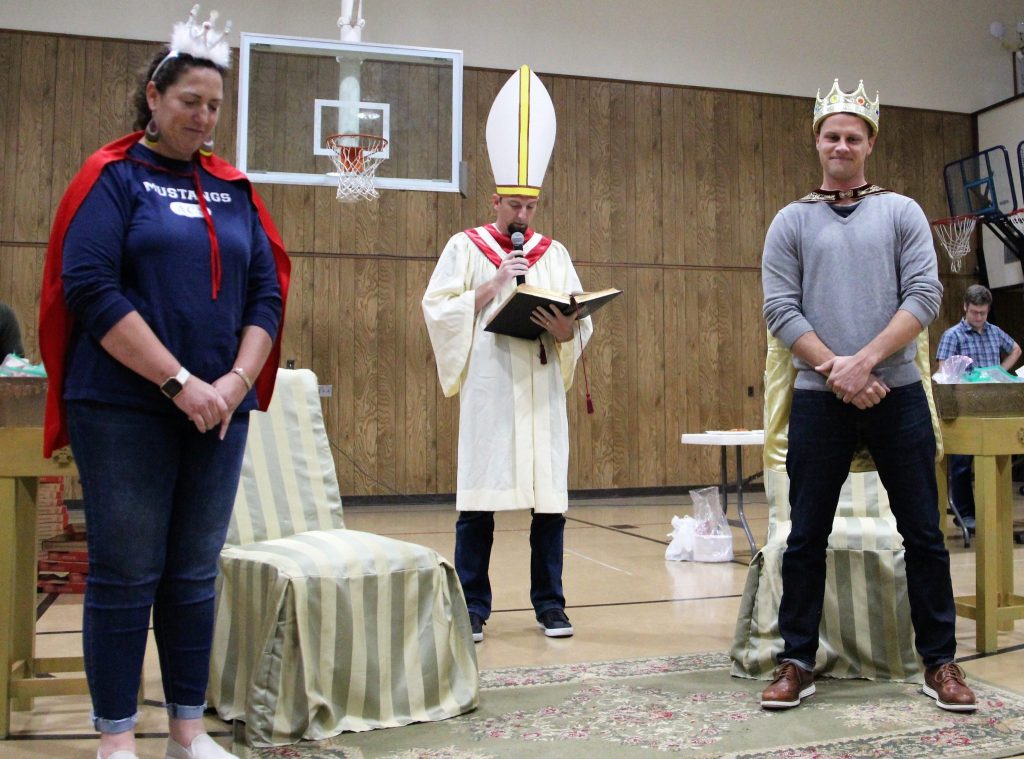 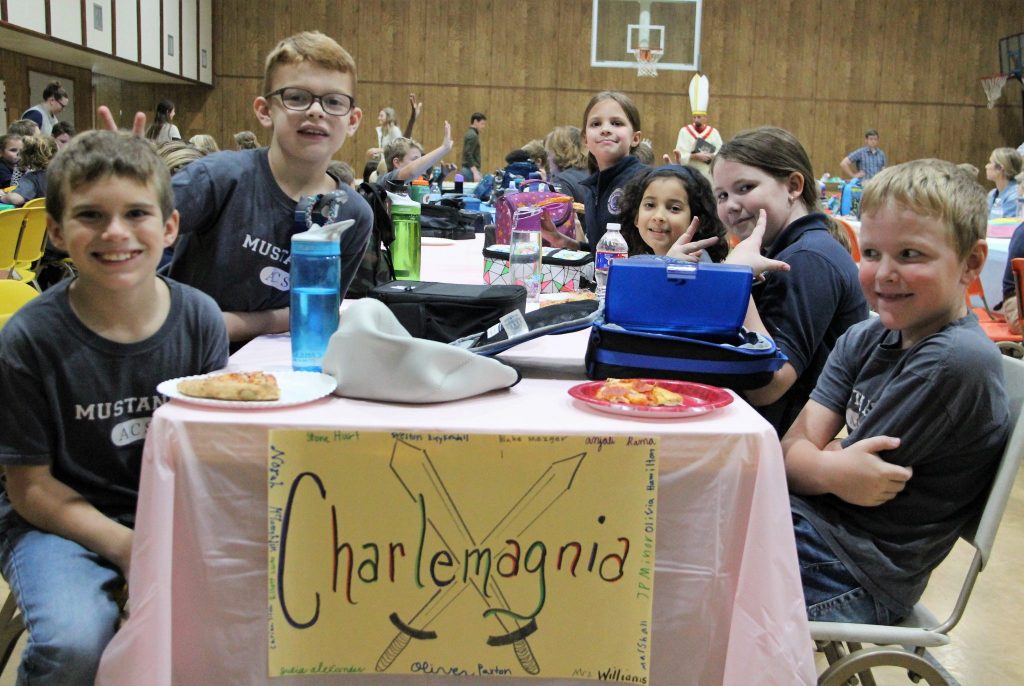 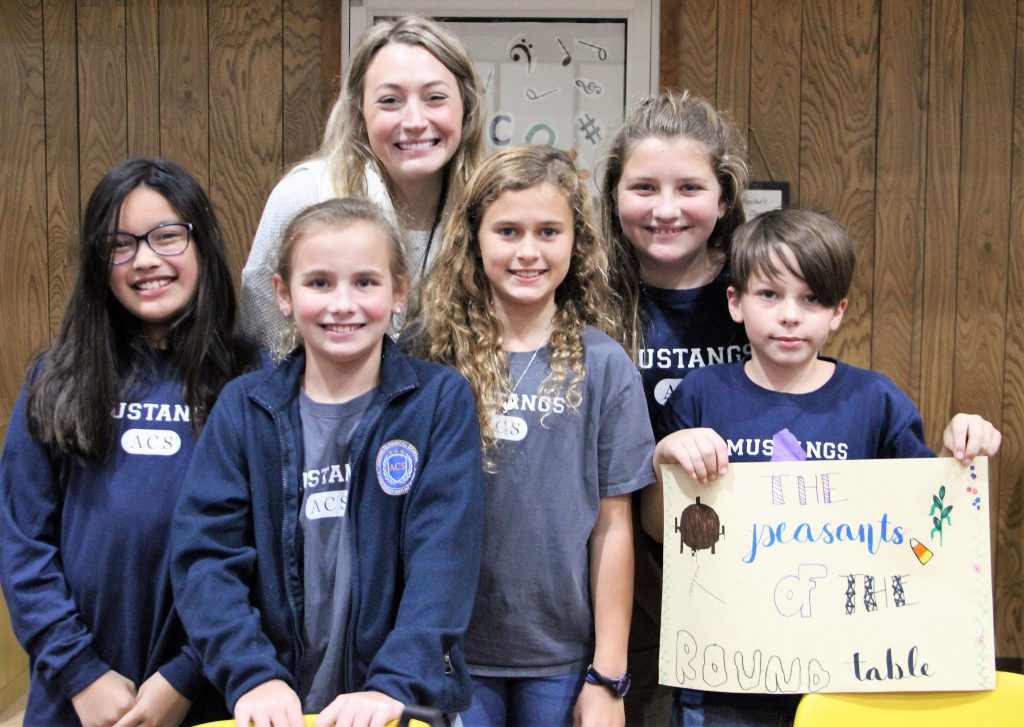 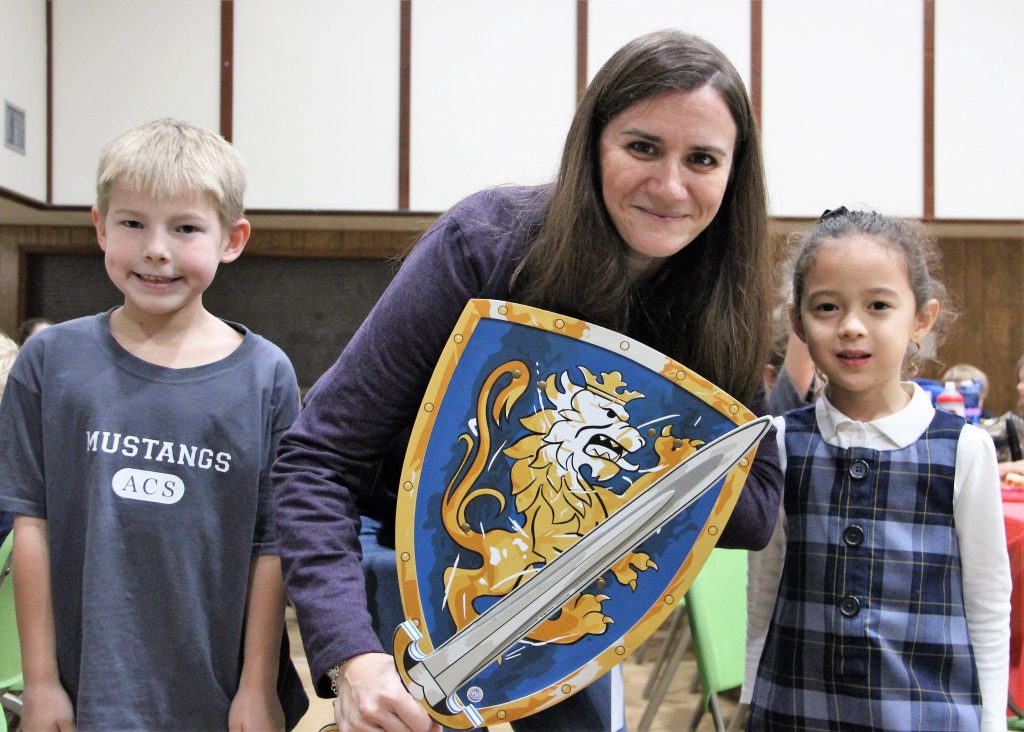 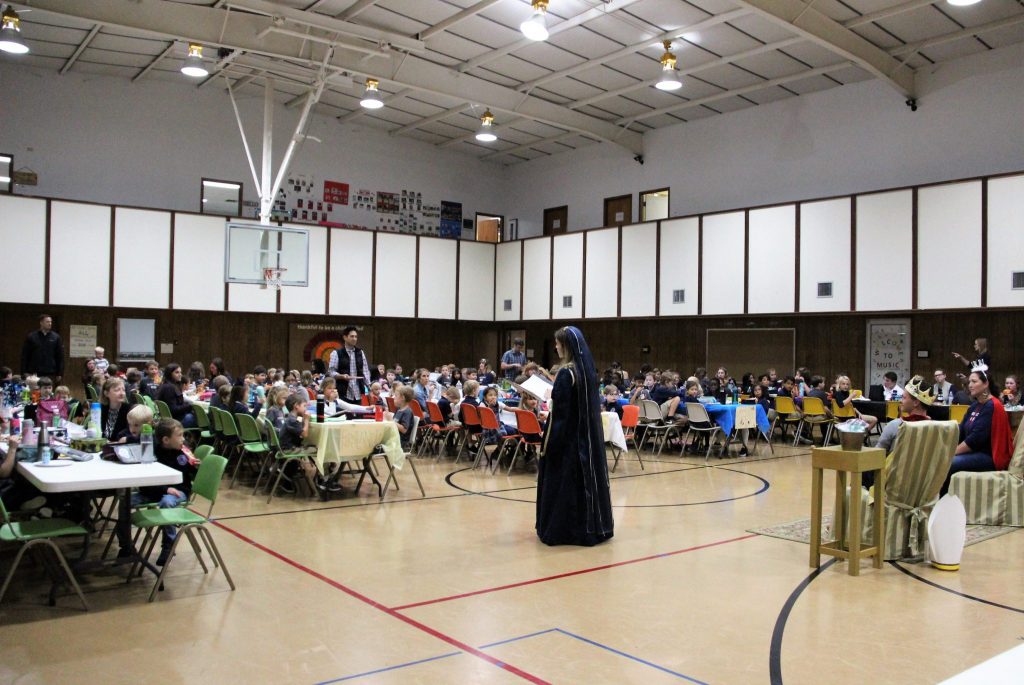 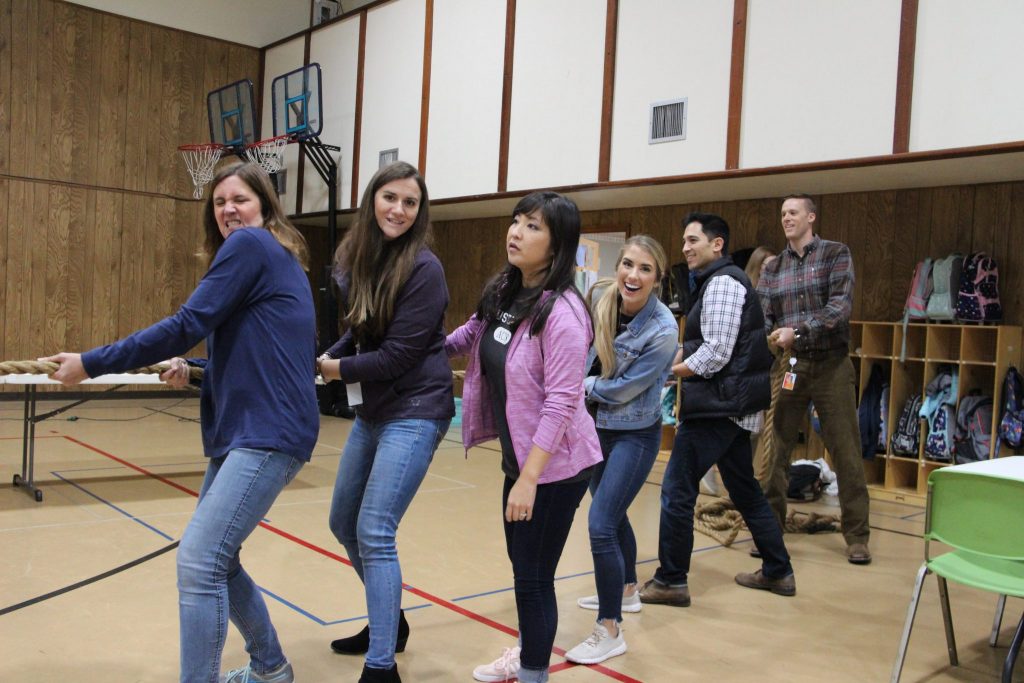 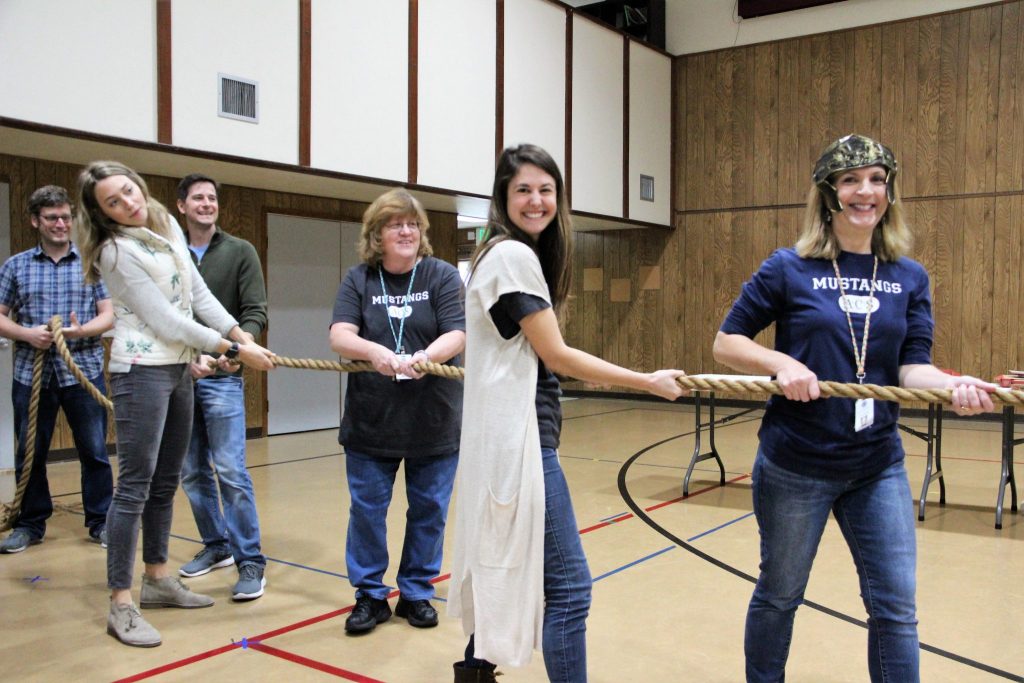 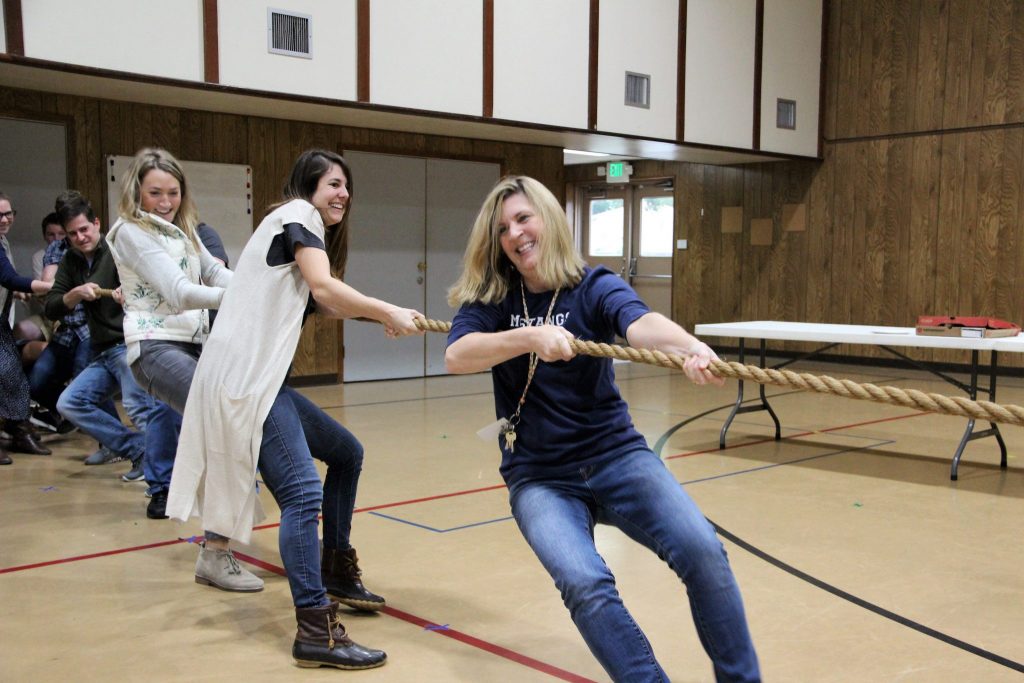 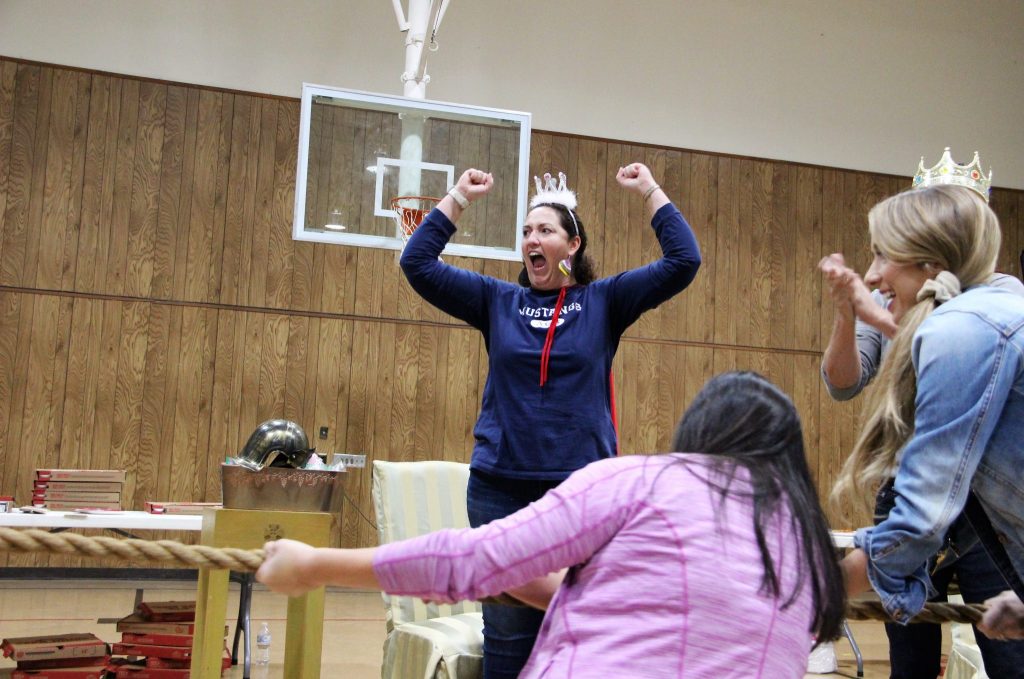 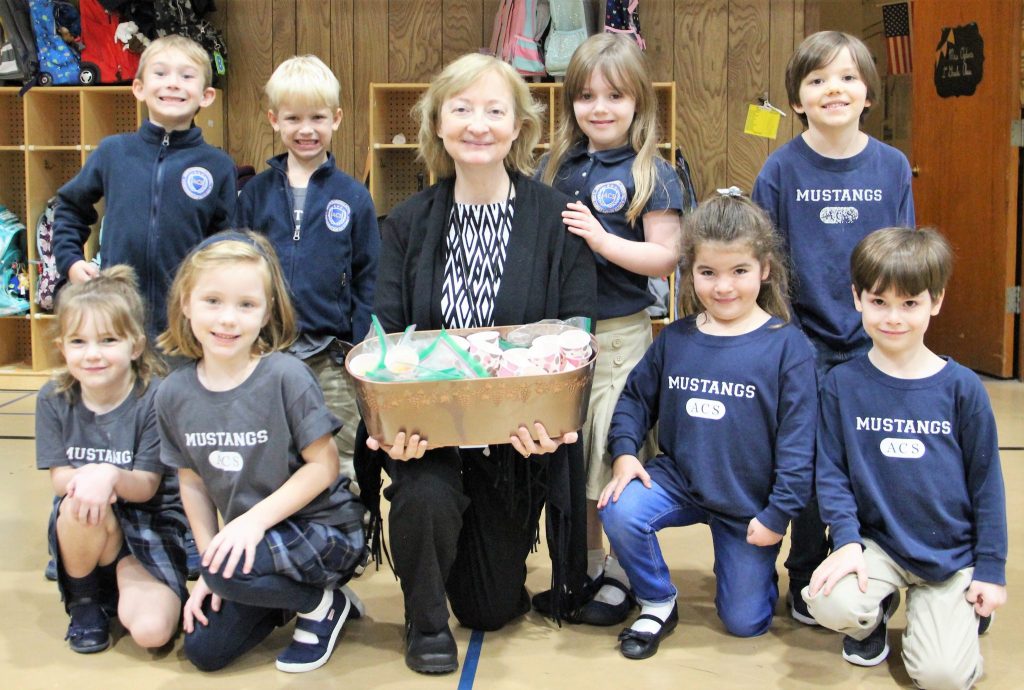 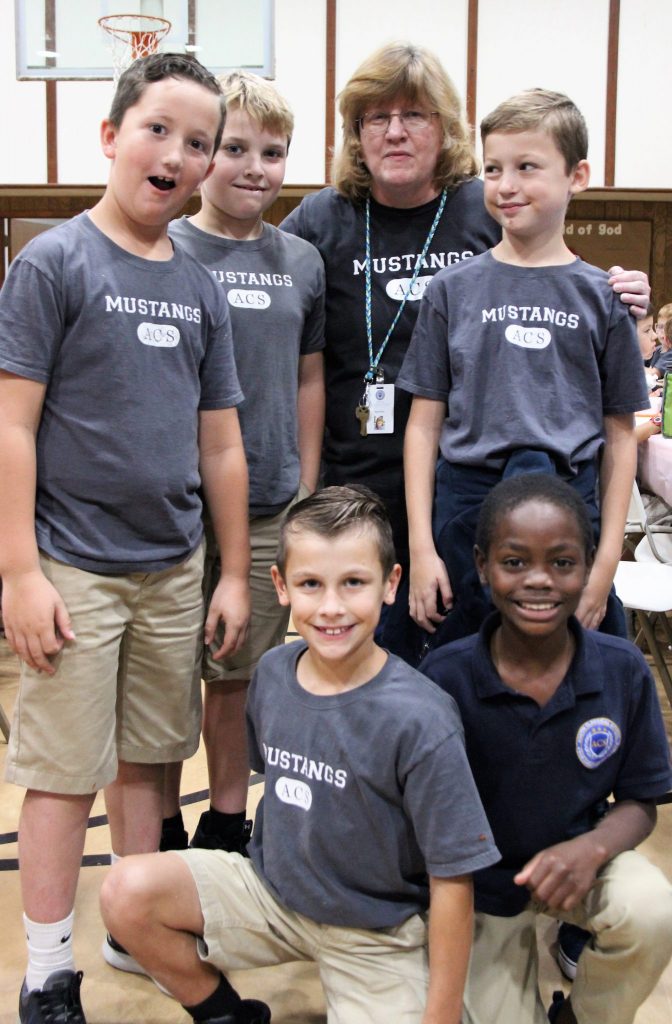 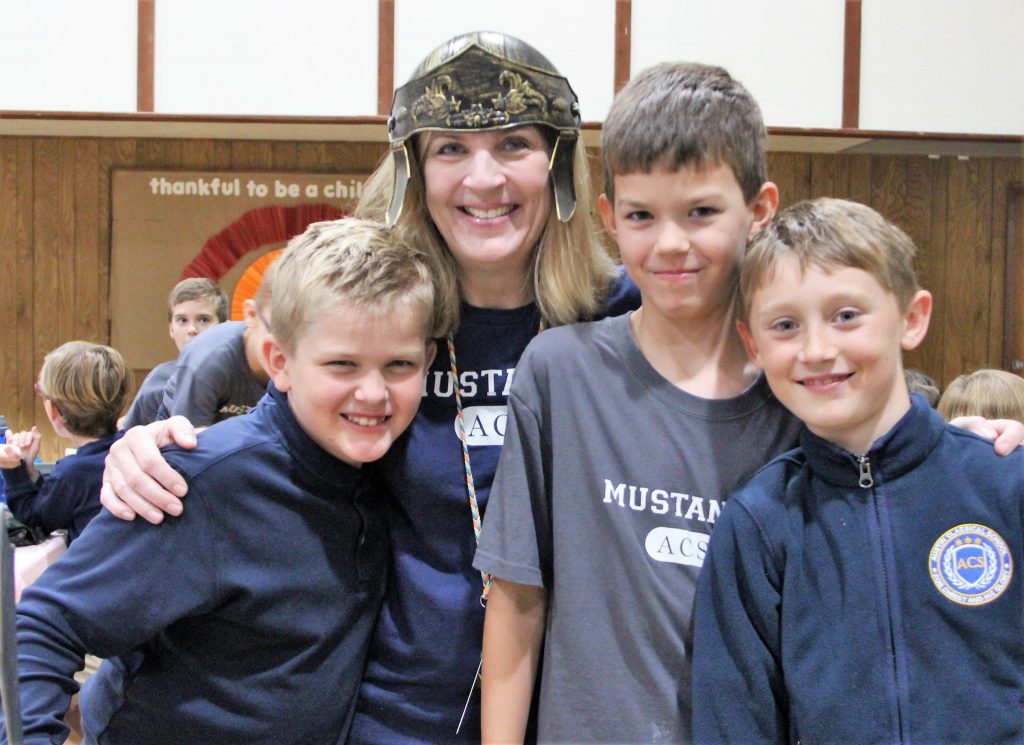 The castles have arrived! 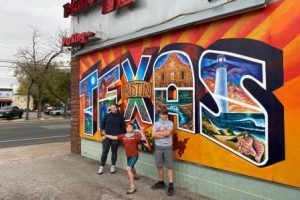